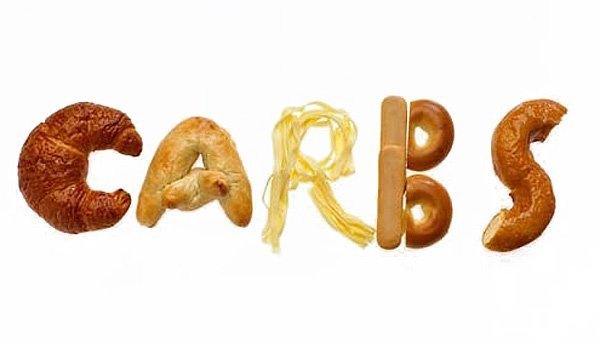 Whilst sitting in a favourite local coffee spot, pondering potential topics for this weeks article, one of the extremely affable Barista’s came by and asked me if “porridge was bad”? After dealing with the question with a standard stock response, ingrained after years of nutritional consulting, this weeks topic became clear.

So let’s set things straight, there is no black and white answer. Carbs are neither sinner nor saint and could merely be looked at as a tool in the quest for a lean healthy body. A hammer is great when hanging a painting but not so ideal if wishing to preform brain surgery so the key is to use them in the correct manner. Carbohydrates unlike its two other macro-nutrients (protein and fat) are not essential to life and therefore can be used more to drive positive adaptations, spike metabolism and elicit hormonal responses favorable to fat loss.

The most common fault with deploying a low carbohydrate approach is to become frightened of carbs, regarding their consumption as an instant portal to obesity. However, there is really no need to go sub 30 grams a day for more than 14 days. After this period an energy substrate alteration occurs, allowing the liver to switch to a process called glucogenolisis and gluconeogenisis, whereby fat can be used to create glucose for the body. Secondly, after this period of depletion the muscles should be ready to accept carbs without passing them on to the fat cells. Staying extremely low after this “boot camp phase” will not only be physiologically taxing but will impede cognitive function, effect mood, as well as increasing the likelihood of falling off the wagon. Then there is the problem of metabolic slow down, a common issue with many mono phasic diets which rely on a singular approach e.g. low carb, low fat, calorie restriction etc. The key is not to be scared of carbs, as once you have completed the grueling 14 day cut you have earned the right to have them in some capacity. Although those with a larger amount of fat free mass will generally tolerate a greater amount of daily carbohydrates, even whilst on a fat loss program the minimum for all body types should be around 40g per day.

As well as daily feedings of around 40 – 75g of carbs it’s also advisable to have one or even two days at the weekend where you switch to a high carbohydrate day, where 50% of your total daily calories will come from carbs. Here it is critical to keep the fats low, limiting them to around 40g. This does not give license to gluttony and there of course has to be some kind of control implemented.

When the below rules are adhered to carbohydrates can be successfully reintroduced into your daily diet and yes even that sacrosanct bowl of porridge oats can have their place.

1) Complete a strict 12-14 day period, limiting carbohydrates to green vegetables only. After this raise to a daily intake of 40g and a weekend spike.

4) Aim to have your daily spike around lunch or post workout. Some suggest carbohydrate timing to be in the evenings as it may have a relaxing effect by releasing serotonin. Now this may very well be true but where fat loss is concerned it’s far better to keep your evening calories low.

5) On high carbohydrate days, where up to 2g of carbs per pound of weight are permitted, ensure protein and fats are both lowered. Keep protein between 0.5 – 1g per pound and fat 0.25 per pound e.g. someone 70kg/154lbs would have 154g of protein 39g of fat and 308g of carbohydrates. For those worried about body fat it’s best to work this calculation off of your lean mass rather than total body weight.

Unfortunately there is no one size fits all diet and everyone has different levels of tolerance for carbohydrates. Typically those with a slighter ectomorph physique are going to have a far greater capacity compared to their more endo-shaped counterparts. Yet when low carb approaches are applied to the extent that a phobia is developed something is wrong. Carbs are not the enemy, they merely have to be earned and implemented in the correct manner.