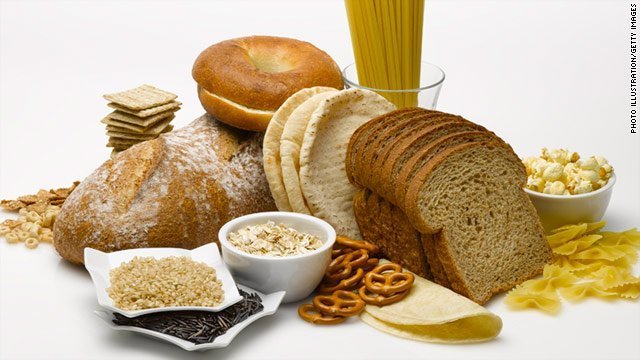 You have probably heard of coeliac disease already; the genetic and autoimmune affliction affecting about 1% of the population of Western Europe. It is a severe allergy to gluten with devastating health consequences.

Gluten containing proteins are present in four cereals: wheat, rye, barley and oats (spelt and kamut are old grains of the wheat family but with much less gluten, while the cereal teff doesn’t have any).

Coeliac disease can be detected with a specific blood test but the diagnosis must be confirmed by a biopsy of the duodenal/jejunal mucosa, which is performed by endoscopy. This disease has major health consequences and only the strict and complete avoidance of gluten will avoid the associated health risks, which include: multiple nutrient deficiencies, osteoporosis, anemia, auto-immune pathologies, and digestive lymphomas, to name only several of the most common risks.

This disease involves an immune response based on Immunoglobulins IgA. Other allergies to gluten via IgE (immediate or anaphylactic reactions) or IgG (delayed reactions) can also occur but are not part of coeliac disease. In this latter situation, clinical reactions vary enormously from one patient to another and they do not necessarily involve the digestive tract. Strict adherence to a gluten-free diet is not mandatory as is the case with coeliac disease, but gluten avoidance still plays an important therapeutic role.

One specific gluten protein is gliadin, consumption of which stimulates the secretion of zonulin by the intestinal mucosa. This human protein discovered by Alessio Fasano in 2000 is responsible for the opening of the tight junctions between the enterocytes leading to a leaky gut or intestinal permeability.

This phenomenon can happen to everyone, independently of an allergy to gluten. Any intestinal permeability increases the passage of non-digested macromolecules (‘invaders’) which are at the origin of a trigger of the immune system.  In predisposed individuals, this can lead to auto-immunity or atopy (allergic respiratory or cutaneous allergies towards usually well tolerated allergens like pollen, animal hair or mites). Nowadays, these two pathologies are encountered more and more frequently.

The other form of intolerance to gluten comes from a small protein with deleterious effects. It is the WGA or Wheat Germ Agglutinin polypeptide, the inflammatory activity of which is responsible for many unpleasant symptoms after ingestion of gluten, including abdominal bloating.

We have encountered many forms of unfavorable reactions to gluten, autoimmune or otherwise, the pathophysiological complexity of which is only matched by the multitude of clinical manifestation. The most surprising aspect of this diagnostic labyrinth resides in the frequent absence of digestive symptoms with allergic patients (they may have, for example, cutaneous or neurologic symptoms), while the simple sensitivity to WGA can produce pronounced digestive discomfort. Ultimately, we should not be surprised by the elevated percentage of people who claim to have better digestion, or simply feel better, without gluten.

On a practical point, gluten-free substitutes must be examined carefully. Their lack of palatability often gives rise to the immoderate addition of sugar, whilst the lack of binding often requires the use of egg whites. The high glycemic index of gluten-free products, and their typically prohibitive cost, should also be noted.

Moving beyond the gluten free cereals, let’s mention tubers, roots, legumes and the other pseudo-grains (quinoa, amaranth, buckwheat), which offer good alternatives. You can download this information, and much more in this field, from my website www.gmouton.com: see tab lists and also the detailed conference on celiac disease (tab conferences, heading nutrition and function).