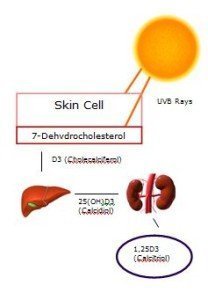 The sun, as omnipresent as the sky in which it majestically presides is such an ever present feature in our lives that you could be excused for thinking it has no other purpose than illumination and heat. However increasing numbers of studies are indicating that the suns irradiating glow has a far more important role in our lives than the occasional trip to Bournemouth.

Like DC comics iconic protagonist Superman, the sun may be the key to our “powers”, promoting proper health, function and longevity. There is a real poetic justice in the way we are biologically bound to the sun, a premise that both proponents of Atheism and Creationism can resonate with. In this article we are going to explore three concepts; how we are predisposed to interact with the sun, what has changed in modern man and the way in which we use the by-product of this seemingly symbiotic relationship. 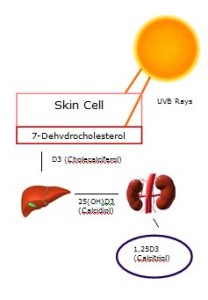 Numerically, geographically, socially, ideologically and many other ways ending in “ally” as a species, for better or worse, we have undeniably evolved. However despite the 100,000s of years of self improvement, we still retain the same genetics as our palolithic ancestors. As such the dichotomy of the 9 – 5 Monday to Friday on our sun deprived island located at 70° latitude, simply dose not lend itself to our cave man genetics. No, we are designed to spend our days on the sundrenched expanses of some exotic 0° equatorial location surviving the vicissitudes of primal existence, hunting, sleeping and fulfilling our biological imperative. Whilst living the ultimate outdoor lifestyle a really quite elegant biological process occurs. I apologise for some of the dry scientific text that must ensue as it detracts from what is a genuinely beautiful relationship between us and the universe.

From an unfathomable distance the sun emits vast amounts of radiation. The form we utilise in this reaction comes as UVB rays. UVB penetrate deep into our skin reacting with a type of Cholesterol called 7-dehydrocholesterol. This reaction produces D3 (Cholecalciferol). In this state the compound is inactive and must travel to the liver where it is converted into the pheromone 25(OH)D3 (Calcidiol). This is again inactive. When levels of 25D3 are sufficient the Kidneys will convert it to 1,25D3 (calcitriol). This prohormone now has an effect on the function of over 2000 genes in the body.

With such an esoteric relationship between us and the celestial universe it’s hard to believe that the importance of this human photosynthesis-like reaction is not standard medical dogma. Only in the dawning of the 21st century is vitamin D3 research becoming prevalent. Due to the dramatic changes we have made in our everyday life we simply do not produce enough D3 through the natural process and to our detriment are becoming increasingly deficient. In comic book mythology Superman harnessed the sun’s energy to fuel his boundless powers. However if he were to be residing unbeknownst in London, Clark would be catching the tube like the rest of us. Due to our unnatural habit of working fully clothed with little to no exposure UVB rays we are becoming a kryptonite exposed society. Instead of granting super powers vitamin D plays an integral role, influencing cellular differentiation in over 2000 of our 30,000 genes. Cells develop specific functions to fulfil different roles in the body, and without proper instruction cells behave like there is a substitute teacher in charge and stray from their intended function.

When D3 is Away, the cells will play. 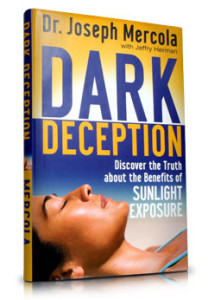 The most prevalent and insidious incarnation of malfunctioning cellular replication is Cancer. It is the opinion of Health and Fitness philanthropist and devotee to the human condition, Dr Mercola that it is “criminally negligent malpractice” for any health practitioner interacting with cancer patients not to test and correct D3 levels as part of a total treatment program. It is prudent at this juncture to firmly state that it is not my intention to lay any claim to a cure of such a complex and multifactor disease but merely to relay the opinion of a number of well respected individuals who are far more qualified to talk on the subject. D3’s role in our lives is not only limited to one of the major afflictions of our time but also too many other aspects of human health and function.

D3 the Jack of all trades

Although grating almost omnipotent powers is out of D3’s remit, it is being frequently linked to the proper function of numerous bodily systems and prevention of other increasingly common conditions. Like a hyperactive vigilante, D3 fastidiously patrols our body, protecting us from constant bombardment of modern life. To go into depth on all of the potential benefits would turn this brief, light hearted article into a journal that would put Aristotle to sleep. My intention is to simply shed light (no pun intended) on this interesting topic. Were this article to be under the scrutiny of the medical community it would be quickly dismissed for its lack of substance. As written for altruistic purposes, the information is displayed in what I believe to be the most accessible way.

As discussed, due to our development as a species we subject ourselves to conditions alien to our evolved/ intended genetics, leading to wide spread vitamin D deficiency. We cannot produce enough D3 through our natural biological mechanism. This leaves only one viable alternative that is practical on a large scale; the intake of D3 in supplement form. However this in its self is a point of contention and requires an article in its own right. The main reason for this is there is no finite conclusion on the amount or even timings of D3 supplementation.  However the guidelines suggest 3000 IU per 45Kg of mass. This is considered a low and safe dose as the body will produce 20,000 IU when exposed to adequate sun light. This being said it is advised that, anyone taking D3 should check the levels of 25 (OH) D3.

It would be naïve and incorrect to suggest that D3 is a miracle cure for the multiple illnesses and afflictions of modern man. That being said, by design or development, there is a real symbiotic link between us and the universe’s perpetual energy source that simply can’t be ignored. The very fact that such a reaction exists seems self evident of its importance. This is not just a musing on some hippy ideology it is an observation of real science. We have already seen through the eradication of the Bone condition Rickets that D3 can be used to cure medical conditions and given its epigenetic properties to postulate it could have a positive influence on numerous other conditions is not a far fetched theory. This information is beginning to trickle into the global public consciousness with figures of significant notoriety championing its efficacy. For those of you interested in delving deeper into the subject, I advice you search for the opinions and works of Dr Reinhold Veit, Dr Joseph Mercola and famous English research scientist Richard Doll. 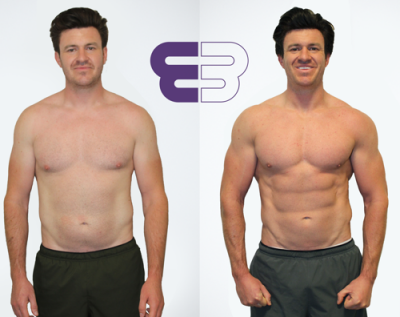 Social media, TV adverts, magazines; where ever we go we’re bombarded with inspiring total-body transformation stories and dramatic before and after weight-loss photos But with so many diets, exercise trends…