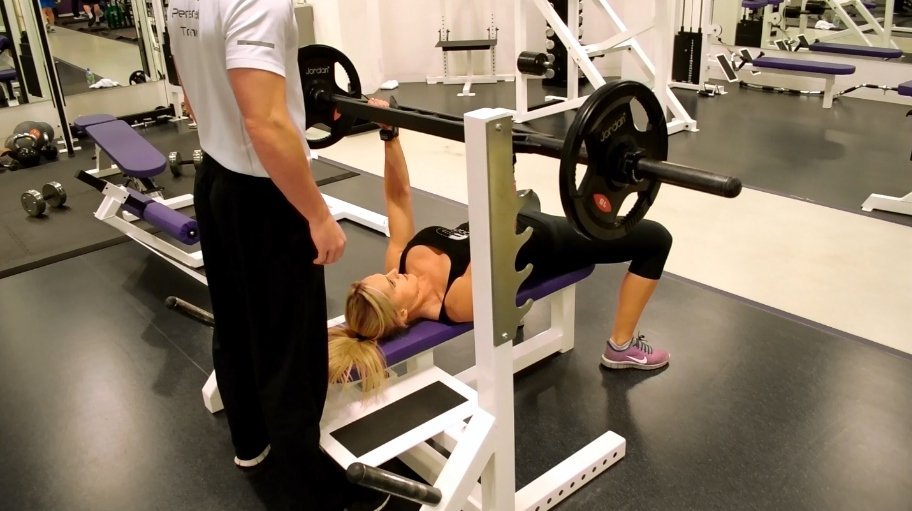 The dichotomy of the modern gym environment has not changed much since its inception. Despite many emerging ideologies, methods and technical innovations there is still an overwhelming interest and fascination with one primary exercise above all others; the humble bench press.

Let’s set something straight from the offset, I have no intention of attacking the bench and no inclination to argue the semantics of why it is one of the most popular exercises. I am simply fascinated with the fact that in a modern industry full of Olympic lifting, cross fitting and functional movers, a frequent phrase resonating from gym corners around the world is, unapologetically “so…..what do you bench?”
Therefore in the spirit of supply and demand and to pander to our instant gratification culture here are a few essential tips that will instantly improve your performance on the bench.

The art of the bench press

The bench press is treated like the simple younger sibling of its more prestigious powerlifting brothers. The squat and dead lift have both had their technical components dissected and widely distributed whereas the bench is rarely afforded such detailed scrutiny. If you’re lucky, some sagely, chalk clad gym veteran may have imparted a few words of wisdom on head position, bar path or feet placement. More often than not such technicalities are omitted from the annals of general gym based knowledge.

Below is a collection of some of the key bio mechanical and technical components which have had the greatest impact on my own pressing, designed to optimise movement and instantly improve your bench.

Think with the feet

It may seem somewhat paradoxical to pay any regard to the lower body, in what is essentially an exercise expressing upper body strength. However, if you intend to improve your pressing, the lower extremities are of the upmost importance. Although you are lying on a bench it is your feet that connect you to the Immovable mass of the earth, therefore the first key to increase your bench is to “think with your feet”. This idea is not uncommon for those with a yoga background and is called grounding. Certainly with the goal of archiving greater loads in this exercise, it is imperative that once you are sitting down on the bench, you should begin building tension in the legs by pulling the feet behind the knees.  While you are pressing you should concentrate on driving the force through the feet, keeping the hips and legs under tension.

Bridges are arched for a reason

When it comes to optimising bio mechanics for the bench press one of the key principles is setting the correct spinal position. Before that gargantuan load is removed from the safety of the rack, the legs should be locked and loaded with the spine set into and a strong cast iron arch. It’s poignant to mention at this juncture that the butt must stay in contact with the bench at all stages of the movement. Arching the back is advantageous for several reasons. Firstly it shortens the distance you physically have to move the bar. Furthermore, functionally it allows you to fixate the scapular against the bench providing a stable base for the arms to press against. As well as stability there is also the added benefit of reducing the risk of shoulder impingement’s by allowing the chest to open avoiding unwanted medial rotation of the shoulder.

Has anyone ever told you how to grip a bar?

It’s seems so overtly simple yet when I think back this most basic of premises is not commonly taught and for good reason ….it’s obvious right? When you exercise you grip the bar with your hands and off you go. However when braking down the movement the manner in which you grip the bar can have a huge bearing on your performance. The common mistake is to grip the bar too lightly which does not adequately recruit the wrist flexors allowing the hand to fall into unwanted extension. This may seem inconsequential yet if this is allowed to happen instead of the load being transferred into the skeletal system and dissipated ideally into the floor, it travels at a diagonal angle through the wrist placing tension and sheer force through the joint. This weak wrist pressing technique is common place with new lifters. So final tip to instantly improve your bench is to take some advice from the samurai. Now I’m pretty sure this was not the intended forum for their techniques to be sheared , however the samurai are taught to hold the katana in a specific manner which just so happens to perfectly correspond to weight training. When you grip the bar, particularly in pressing moves you should focus on gripping the bar with the little finger the hardest. The rational to this is simple, it is the shortest distance from the wrist flexors, thus the strongest of the digits and able to produce the most force.

To summarise and to provide a reader’s digest version of how to instantly increase your bench press. Make sure when pressing you focus on pushing with your feet, set the spine into a strong arch and finally grip the bar with force. When combined, these simple tips have an accumulative effect providing an increased ability to overcome load and edging you closer or beyond the sacred 100kg club.